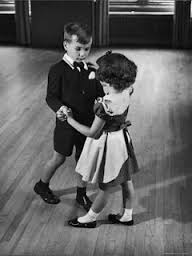 This October 12th will be the two year “anniversary” of the day I had a massive stroke and nearly died.
While I thought that my favorite holiday, Halloween would be ruined forever, it has been quite the contrary.
Through the darkness of a nightmare rays of light have still been able to penetrate through the clouds.
While it has been very unpleasant at times, I find myself getting an education most will never be privy to receive.

I have lived the cliche’ of fair weather friends, and believe me that is absolutely true!
I have been part of a population that goes overlooked and gets forgotten.
However under this much detested label “handicapped,” I have seen more kindness and support from strangers then I ever did when I was “normal.”

Now, to address labels, I am not handicapped and neither are any of the people I see in rehab waiting rooms with missing limbs, in a wheelchair, or mentally retarded.
Are these handicaps?
I don’t believe so because it’s clear that these are also just people unfairly drowned by the seas of fate.
In order to fast forward you as well on some life lessons,I’m going to share with you what I have learned.Luckily you won’t need any serious hospitalization to get it.

“Hope deferred makes the heart sick.” -Proverbs
That statement rings very true. Because before any real signs of hope I was dying all over again.
Just when I nearly lost faith in humanity, it has been revived.
With every stranger( door angels) that open the door for me.
When yet another kind soul donates to a fundraiser held for me.
You see, in order for these “handicapped” people to get better they need real hope not more medical interventions or medications.
In my case that has rung absolutely true.
Until I was given real hope I was on a decline.
However that first testimony of miraculous healing and its existence lit a fire in me.
Once I was finally told something in the positive, it put a crack in the mirror that held a distorted reflection.
For too long I was exposed to the negativity or the “facts” about what happened to me.
The reason I use quotations around facts is because they no longer apply to me.
I don’t accept the reports from these negative viewpoints at all.
Mostly because I have seen and experienced the power of real hope.
When we as people reach out to eachother, things only improve.
The girl that was once discouraged by the results of a neuropsychology test now wants to endure those hours(6)  all  over again, am I crazy!?
Not at all it’s because I have hope, determination,and positive support, because of that I’ll get much better results.
Many might claim I’m being delusional, but I beg to differ.
Success doesn’t happen when you give up or take heed of the negative reports.
I’ve also learned that it’s not selfish to focus on yourself.
When something is important, where your focus is, is the direction you’ll go.
The reason I know that lesson is because they actually taught that in motorcycle classes too!
If your looking at a car while driving a motorcycle the odds are you’ll veer into it.
The same goes for your mind, the mind follows where the heart is.
“As a man thinks in his heart so he shall be.” -Proverbs.
I realized that if I thought too much about what others were doing it only bred jealousy and I cheated myself.
These days I could care less what other people do, and it didn’t take me years to glean that.
What it took was the setting of an insurmountable goal.
A goal that seemed so far off or impossible that I could detect the disbelief in others.
I had to politely ignore and counter the naysayers whether it was mentally or verbally.
I have resolved to not let anything steal my hope.
When I’m faced with a difficult question I always answer with what I hope( it  will be.
This solves the problem of having hope slip away.
If you can’t continually be in the presence of a motivational speaker, don’t worry.
Just resolve in yourself to  take the lead of a broken record and repeat.
It is not false hope or silly to be adamant in telling yourself what others believe to be impossible.
By playing your own broken record, that vinyl will begin to penetrate your heart.
As I illustrated earlier, where the heart goes the mind/body follows.
That is why it’s important to keep the thoughts in your mind positive as well as in your heart.
Furthermore, just as if driving a motorcycle you don’t want to get flattened by a car.
Noone wants to watch a life or opportunities pass them by.
We should all be able to partake of such things as a fulfilling life and opportunities.
While it’s different for each of us, personally I’ve found I just need to get angry to kick a bad mindset.
I finally became angry enough that I wasn’t going to accept not living a fulfilling life.
I’d like to pose a question to you, dear reader.
Would you ever wake up early with nowhere to go and noone to see, yet put on a nice shirt, earrings, shoes, and makeup?
Most people would not because they’d find no good reason to do that.
Although, there is one that absolutely would, my 95 year old Grandmother.
She had none to see, nowhere to go but the confines of a little apartment  and She didn’t have a “real reason.”

This is a lesson, I have seen smart women display.
Afterall if you give into sweatpants and a dirty shirt, eventually you become that way inside as well.
Even though noone may see you, you see yourself whether you like it or not.
I have spent the last year in sweatpants(i.e stretchy pants)because they were easy to get on when I was limited physically, better during physical therapy, etcetera.
Except, do you know what? I’m tired of wearing that with velcro shoes and a hoodie.
Not even my 95 year old Grandmother(Grandma Cookie) would be caught in that junk, it’s time to put on a dress! 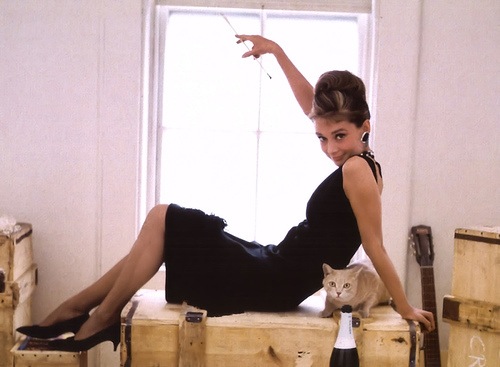