WHOA ! Its been a long time ! I’m writing to you all from a purple couch with a snoring kitty (tiny little snores) smooshed up next to my leg. So much has happened, I atteneded PAX East (a nerd convention) in Boston Massachusetts, decided to reform my previous shop-o-holic ways .. I’m selling my life on ebay—see it here  ——>  Out with the old, In with the new, and I also attended a screening of James Franco’s … which as far as I knew was a new film but in researching it more today I think perhaps it was new in 2011 but this was his official East Coast Debut?? Anyhow.. it was held at the IFC Center in NYC and he introduced the film before hand.. I was indeed about 5 ft away from him.. he looked high.. cute but still high. It was not a bad film but more interesting mostly because the way it was shot was nice and the storyline (Franco’s interpretation of a poet’s life Hart Crane) wasn’t bad either, I mostly liked the few comedic moments involving him working at a NYC ad agency the best.. otherwise it was on the slow side (as Franco pre-warned us) and I don’t think it was bad or good, just.. interesting. Perhaps you can check it out for yourself (= 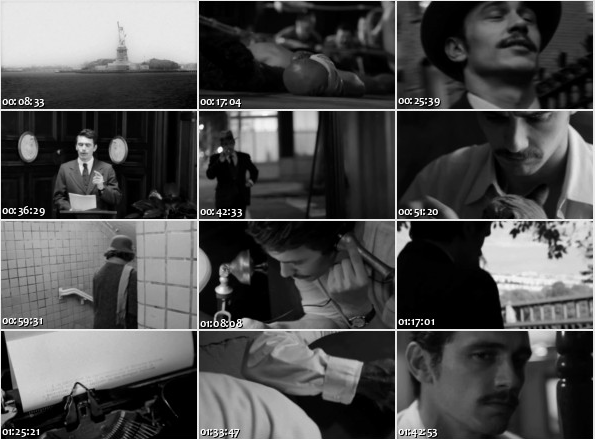 I think the most interesting thing of all is that Franco Directed and Acted in it, which are two completely different modes of thinking and working, I imagine it difficult to separate the two?? A gallant effort indeed and I applaud anyone ambitious enough to do things above and beyond most people, whether good or bad, its admirable.  In other news I will be dusting off the Vespa from its long winter slumber. Any suggestions for names? I have yet to name it… maybe this year will be the year… I used to name my cars so why not other modes of transportation as well??

I really really hope I find a place. I have been extremely lucky/blessed so far in NYC, the last thing besides pursuing my daydreams more is to establish my own space. Granted roommates make it more affordable and if I must I must BUT wouldn’t it be nice to have a little spot in the sun to call my own?? I can’t deal with anymore jerks ! I deserve much much better then to feel like a guest in my own home. (sorry to vent, I’d rather not talk about it! On to bigger and better things..)

A pet would be nice too… Any pet suggestions???  Hedgehog?? Baby Goat?? Kitty? I would say dog but I am simply not home enough and they are expensive!!

Tomorrow is the Brooklyn Flea, I’ll put something more comprehensive up soon for your reading pleasure.. Have a lovely weekend Ladies and Gents !!