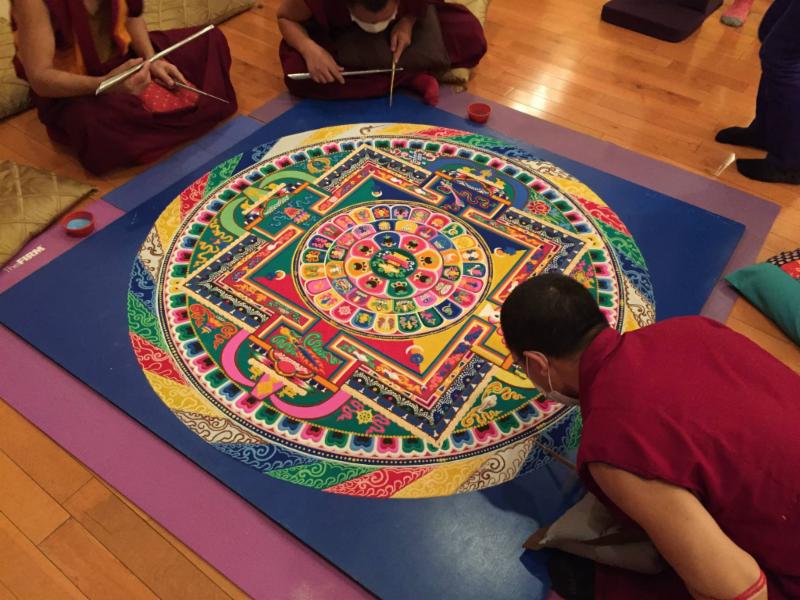 “If everyone demanded peace instead of another television set, then there’d be peace.”

Do you know what a mandala is? It’s an intricate design made with colored sand created by Tibetan  Monks. Each one holds a different meaning and at the end of a certain period of time, the monk who created it(taking hours and days) destroys it. Why?(here)What is the lesson we can draw from it?  It is one of the impermanence of our existence. Although short, it’s important to make something as beautiful as you can before it is wiped away. This speaks to the temporal state of life and is wholly encouraging. Because, since things are generally temporary, this also means there is no way you can be stuck in bad circumstances forever. In fact,  it is assuring to know that there is an end. One can draw an admirable parallel, that despite these monks knowing their creation will eventually be destroyed, they painstakingly create it anyway. As easy as it would be to make one in a hurry or be lazy about it, they choose to break their backs(and maybe cross their eyes) over the intricate design of a mandala. These humans don’t simply give up or  become laissez-faire about it but rather, the opposite! No endeavor is neglected in spite of its impermanence. In the midst of struggle this creation and symbolic destruction of a mandala brings hope. It points to focusing on the positive, creating  something beautiful while you can, and the eventual  end to  a bad situation. In that vein I’d encourage you to “ Make something beautiful while your here, because it’s temporary.”  Use the  bright colors  that dwell in your  heart   to make a beautiful pattern  with your life.