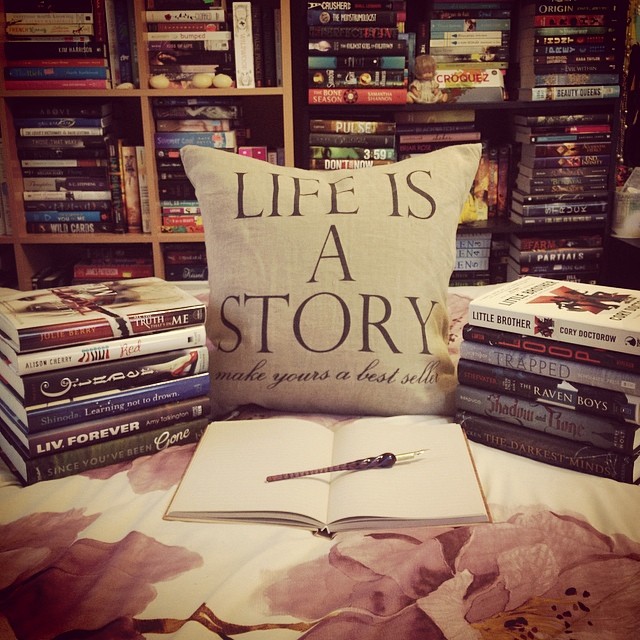 “So often people act like they don’t want to be bothered, but I think they yearn for that.” -Iris Apfel

We all have a story, but how often  is the cover  of that book completely misleading?

The best connections and  intimacies   happen when We allow or are allowed to peel back the pages of another person’s  book. So often it seems that were not allowed to do this. Paper books are  read  and written,but not   our own. Why must We keep our personal stories so secret?  It is this lack of sharing and misleading covers that keep us so very disconnected. While it may not be obvious, there is a strong undercurrent in humanity that   screams out for connection. Why else are there so many blogs,gangs,addictions,attempted suicides,rich therapists,and internet forums? The very existence of such  things is proof of the latter. As a society We succeed at many things, but it is in this realm that we  miserably fail. During my recovery I found myself wanting to talk to everyone(even strangers)to the point of having to be reminded not to do it like some sort of child. I simply found myself actually wanting to know people. In having to take a closer look at my own story, I badly wanted to know others. Because at the moment  my pages   were(are)suspended in  disbelief, and I desperately needed to find  some common ground with my fellow humans. There are so many problems I see that could easily be fixed if there was some support. It’s as if since the culture of the  Leave  It to Beaver 1950’s,we have effectively learned how to remove our hands from supporting the crowd surfer overhead. In doing this they fall to the ground and hopefully haven’t broken anything. However, would any of us even stop to ask them if they’re alright?  I’ve gotten  some of the greatest pleasure in simply being allowed to get to know someone. It’s not often when a total stranger allows you to read their book. I have found that in places of  injury(rehab) people are the most open and willing to  have a connection.  Devastation is the great equalizer. When the world is seemingly ending, there is no time to create prejudices, categories,or invisible rules. We are all simply people in need of love,safety,food,and shelter. The real tragedy lies in the fact that until someone tries to destroy that world(ours or  actually)We blissfully operate in these divides. Never has it been more evident to me that “United We stand,but alone,We fall.”

Open up your book!

2 Comments on The walking books